One of the signature Great Streets initiatives of 2020, The Maple Valley Community Pride Cleanup kicked off last August and has brought transformational change to the Copley Road business district. Started in partnership with the Maple Valley Merchants Business Association and the Dorchester Block Club, the Maple Valley Community Cleanup was originally scheduled for just two successive Saturdays in August, but the increased community and volunteer engagement in support of the initiative created the impetus for an ongoing grassroots effort that spanned 15 consecutive weeks, impacting the entire Copley Road corridor, from I-77 to East Avenue. During that time, the initiative attracted over 80 volunteers (from as far as Cleveland and Orrville), removed over 230 bags and 1600 pounds of litter, beautified the Neighborhood Business District and Kerr Park, cleaned vacant lots and alleys, mowed lawns, trimmed hedges, pulled weeds, cleared brush and helped transform the Copley Road streetscape. Our city crews trimmed trees and cleared overgrowth behind the city lots in the North Alley, added trash receptacles along the business plazas, and put in place regular street cleaning throughout the district.

In addition to the Maple Valley Merchants Association and the Dorchester Block Club, many thanks go to our other partnering organizations, including Keep Akron Beautiful, which generously provided vests, gloves and equipment, Delia Estates Block Club, Rubber City Gardens, and Gino's Pizza, which generously provided food and drink to our volunteer teams throughout the 15 weeks of cleanups! What began as a neighborhood cleanup has grown into a thriving community partnership that continues to impact the Maple Valley business district, making it a cleaner, safer, and an inviting destination for businesses, customers and residents alike. With this continued commitment from the City of Akron and the Maple Valley Community, we know the best is yet to come!

Check out some of the highlights of the Maple Valley Community Pride Cleanup! 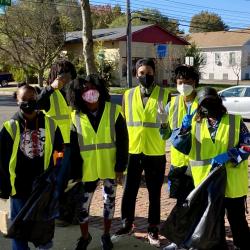 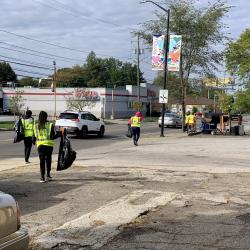 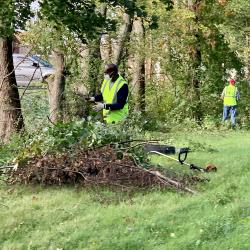 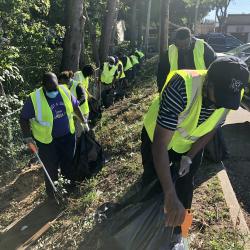 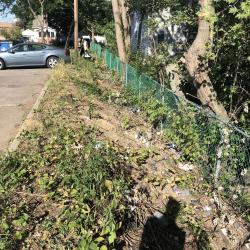 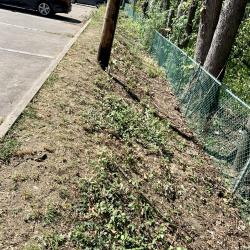 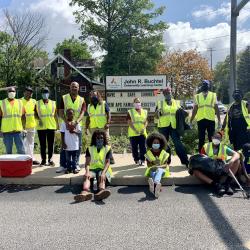 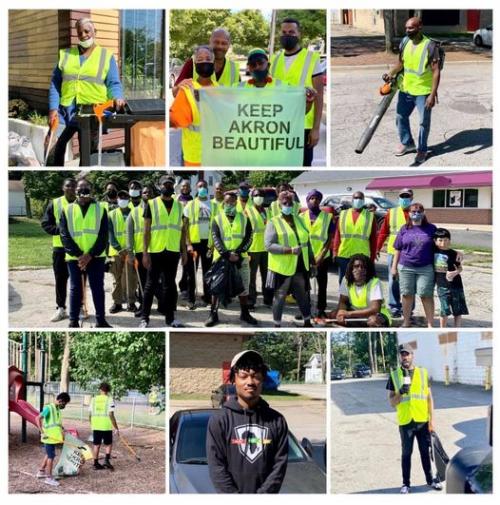